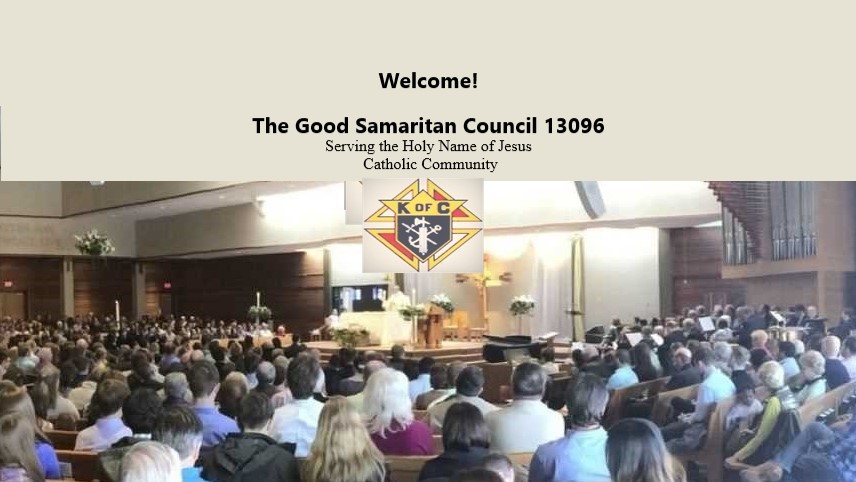 Turn your Faith into Action by Joining Us – one of the best Knights of Columbus councils in the State of Minnesota!

See these great men who call themselves knights!

Our Parish in Medina Minnesota

Motion to pay the Council bills was approved.

Motion to give $400.00 each to the West Tonka and Interfaith Outreach food shelves was approved.

In addition to website content and management, the members discussed marketing of the Council and agreed we should update all our brochures and as desired, print out “business/calling cards”.  Tom Silver and Dan Cincoski showed information that we had at the 1st Degree Exemplification and information other councils have that support the marketing of both the KC’s and their respective councils.

Discussion ensued regarding the identification of someone who could take pictures at all KC sponsored events, but no one was identified.

25.  Report of the Fourth Degree – Dan Cincoski reported the spring exemplification will occur in Bloomington, May 3-5. Dan also reported that 2nd and 3rd Degree Exemplifications are to occur May 3rd.

29. Closing Prayer: The closing prayers were offered at 9:11 PM.

30.  Closing Ode:  The Council dispensed with the closing ode.

Council meeting including dinner at Latuff’s – May 21

If you have any questions about our Council and would like to talk to someone, email us at kofc@hnoj.org and we’ll get back with you.